A couple months ago I was contacted by Pan Macmillan Publishing to see if I was interesting in joining the blog tour for J.M. Peace's new novel The Twisted Knot. After reading the synopsis for this crime/ murder mystery novel, I was super excited to find out more!

"A marked man. A damaged cop. A town full of secrets.

After her abduction and near death at the hands of a sadistic killer, Constable Samantha Willis is back in the uniform. Despite being on desk duty, rumours reach Sammi that Someone in Angel's Crossing has been hurting little girls, and before long a mob is gathering to make sure justice is served.
So when a man is found hanging in his shed, the locals assume the pedophile has finally given in to his guilt. That is, until Sammi delves further into the death and uncovers a dark family secret, an unsolved crime and a town desperate for vengeance."

You can check out my full review for The Twisted Know here;

When I finished reading The Twisted Knot, I came up with a few questions for J.M. Peace, and here are her answers;

What encouraged/inspired you to start writing your first book?

A. I actually wrote my first book at the age of 17. Way back then, I already wanted to be an author. I got a side-tracked after finishing Uni but about 20 years later when I no longer had any interest in being a police officer and I asked myself what I really wanted to do with my life, I realised the answer still was “author”.


What encouraged/inspired you to start writing The Twisted Knot?

A. The Twisted Knot came about because publishers often go for a two book contract. So when I signed up for A Time To Run, I needed a strong synopsis for a second book as well. The seed of the idea came about from a conversation I had in the morgue with the forensic pathologist which I partially reproduced in the book. I also wanted to give a voice to the sense of frustration police feel at attempting to prove things to the standard required by the courts.


I loved The Twisted Knot and plan on reading A Time to Run soon. Which one is your favourite?

A. A Time To Run is my favourite. I really struggled with The Twisted Knot – I had a tough deadline for the first draft and then I had to edit it heavily. I no longer have any perspective on it. It’s been such a relief to see some lovely reviews of it because I had my doubts.


Can you relate to Sammi? Where did the inspiration of her character come from?

A. Pretty much all my characters are based on people I know. I imagine them as I write their scenes, considering what they’d say and how they’d react. When I write the character of Sammi, I ask myself – “what would I do?” So Sammi is based on me – not so much from the experiences she has, but from her attitudes and perspectives.


There was a wide range of different characters in The Twisted Knot. Who was your favourite to write about?

A. The murderer! I won’t spoil who it is but that was the character whose viewpoint I found most intriguing.


Do you find it easier writing murder mystery/ crime novels since you are a police officer? Would you ever consider writing another genre?

A. The only reason I am writing crime novels is because I am a police officer. It was a case of giving myself the best chance to be published by finding a story that I was most qualified to tell. As a police officer writing crime, I have ‘the voice of authority’. I would love to have a go at writing children’s books but there are just not enough hours in the day.


What is your favourite genre to read? Do you have any all time favourite books?

A. I don’t find a lot of time to read so when I do, it’s for relaxation and pleasure. I mostly read chick-lit. My all time favourite book is Lord Of The Rings. I went through a big sci-fi/fantasy phase when I was younger and had more time to read. I totally engaged with the world that Tolkein built in his stories.


When journalism didn't turn out for you, what inspired you to become a police officer?

A. I didn’t want to be unemployed or stuck in an office at that point in my life. Becoming a police officer seemed like a good choice and it was for several years. I am an adventurous and curious person by nature, and policing exposes you to a wide range of situations that you would never usually experience. My attitudes changed once I had kids and now I would prefer the office job, out of harm’s way.


I was not expecting the ending to pan out the way it did! And I found the epilogue an almost cheerful and happy ending despite the events that occurred throughout the book. What made you go in this direction?

A. I can’t explain it completely without spoiling the plot line, but for me this had to be the way things ended – this was justice served. I personally enjoy a satisfying ending where things are tied off. As the subject matter of the book is grim, it felt right to end it with optimism.


Do you plan on writing any more stories from Sammi Willis' perspective?

A. I am currently working on a third book for Sammi, involving a death in custody at Angel’s Crossing station. I have sketchy ideas for one more story after that. The third book is not under contract so I’m not sure at this stage if there will be any more chapters at all in Sammi’s story. 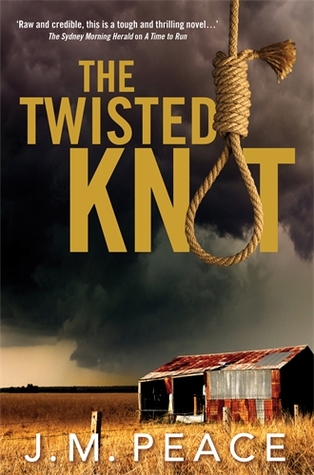 Be sure to check the book out on; 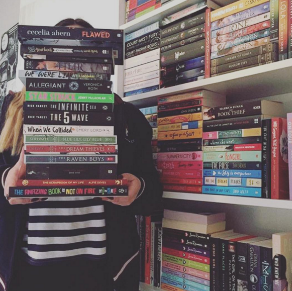 I'm a lover of all things books!
TAG TUESDAY every Tuesday
FRIDAY FAVOURITES every Friday
BOOK REVIEWS throughout the week
WRAP UPS every month
Be sure to check out all my other social media platforms!